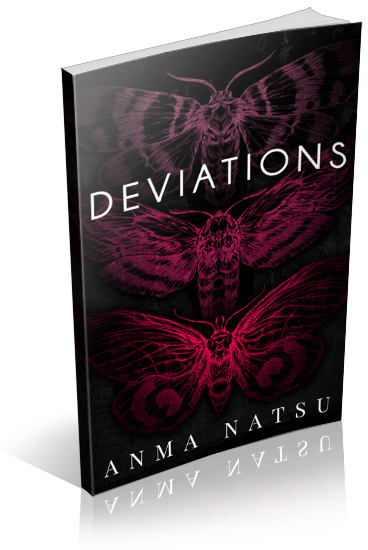 Scarred
Seventeen-year-old Miho has spent years struggling to deal with the aftermath of a tragic accident.  Between the nightmares, PTSD, depression, and her parents’ abandonment, the burden of being the sole survivor has her near her breaking point.  The darkness whispers to her, promises of release from the pain, from being a burden, if she is willing to give up.

Battered
While the girls love classmate Shinji’s blond hair and blue eyes, to his father it’s all the proof he needs that his wife was unfaithful.  Unwanted and unloved, Shinji is used to his mother’s hatred, his brother’s indifference, and his father’s violence.  Male or female, he doesn’t care; his regular string of sexual partners helps him temporarily forget that he will soon have to leave the only person he loves, if he can survive that long.

Controlled
As the first-born son, Shinji’s best friend Taka has known from birth that his future was not his own.  He’ll go to the right schools, get the right grades, take over the family business, and produce a perfect heir with a perfect wife, just as his father dictates.  Taka’s wants and desires are irrelevant; he can’t change his fate nor escape it, any more than he can protect the only person who keeps him sane.

Attracted
Drawn to one another like moths to a flame, the three find themselves torn between what society deems acceptable and a happiness they never dreamed existed.

You can now request a review copy of Deviations by Anma Natsu, a YA Romance novel. Reviews should be posted by June 10th. Review copies are available in all ebook format.

Word count: 84k
Content notes: This book has two sex scenes (one explicit, though still age appropriate for upper YA).  It also has violence (bullying and physical abuse), deals with mental health issues including PTSD and depression (with suicide discussed), and it features LGBT characters and alternative relationships.