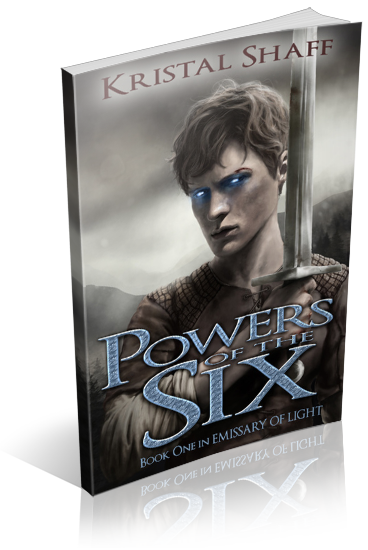 (Previously published as THE EMISSARY with Month9books)

Six rare powers govern the land of Adamah. Possessing one demands entrance to the king’s army. To refuse means a traitorous death.

For hundreds of years, dark clouds covered the skies of Adamah, and an ageless king ruled. Those who emerged with one of six extraordinary Shay powers were forced into the king’s army, an unmatched force with inhuman Strength, Speed, Accuracy, Perception, Empathy, and Healing. With the army behind him, the king—a man who wields all six abilities—was invincible and unquestioned in his rule.

To most, serving the king was an honor. But for others, it was a fate worse than death. When seventeen-year-old Nolan Trividar witnesses the transformation of his brother from kind to cruel after entering the king’s army, he vows never to follow the same path.

​POWERS OF THE SIX take you to another world where the smallest person can do extraordinary things, the undead infest the night, and the sun emits more than just warmth and light.

You can now request a review copy of Powers of the Six by Kristal Shaff, a YA Epic Fantasy novel. Reviews should be posted by June 20th. Review copies (ARCs) will be in ebook format.