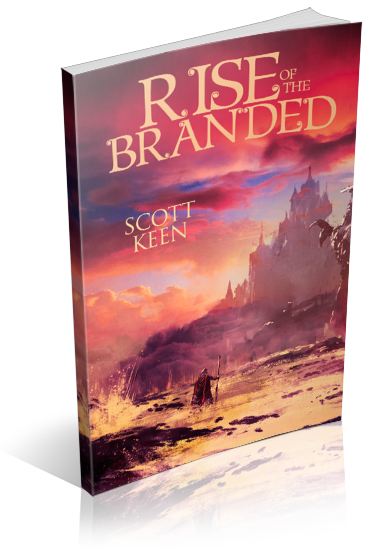 Pursued into the wild by the soldiers of Ungstah, former slave Crik and the other freed Downers encounter the magical and terrifying nature of their world. They face spectral Shepherds, man-eating Rukmush, and the ancient giants of the earth. When two of their group are captured, Crik is distraught and powerless.

Meanwhile back in the city, Durgan, former Captain of the King’s Guard who allowed Crik and his friends to escape from Ungstah, is now a Downer, one of the Branded. Amid the murmurings of an uprising among the Branded, Durgan just wants to be left alone to search for his missing son. But in the process, he discovers how dark the powers of Sulfus the king truly are. Durgan must take a stand in the coming war between the Branded and the powerful armies of Sulfus.

To kill any hope of escape for the city’s Branded, the army comes after Crik and his friends to make an example of them. The answers for Durgan, Crik and freedom for all Downers lie hidden in the dark recesses of the Northern Reaches, in the treacherous places Crik and his companions are about to enter.

Scott grew up in Black River, NY, the youngest of three children. While in law school, he realized he didn’t want to be a lawyer. So he did the practical thing – he became a writer. Now, many years later with an MFA in script and screenwriting, he is married with four daughters, two of whom he homeschools.