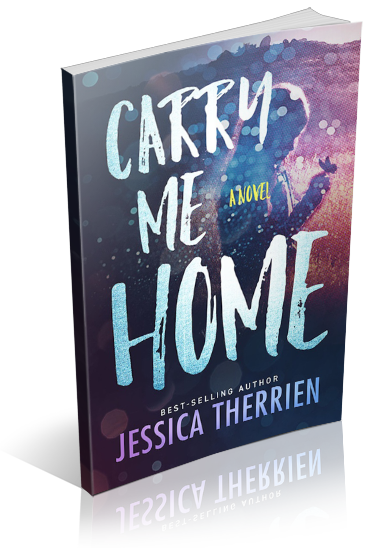 “A riveting page-turner… Jessica Therrien broke my heart into a million pieces — and then put it back together again. This book will haunt and uplift readers long after they turn the last page.”
-KAT ROSS, best-selling author of The Midnight Sea

CARRY ME HOME is a fictional novel inspired by the true story of a teenage girl’s involvement in several Mexican gangs in San Jose and Los Angeles. The members of her crew call her, Guera, Spanish for “white girl” and it doesn’t take long for her to get lost in their world of guns and drugs.

Lucy and Ruth are country girls from a broken home. When they move to the city with their mother, leaving behind their family ranch and dead-beat father, Lucy unravels.

They run to their grandparents’ place, a trailer park mobile home in the barrio of San Jose. Lucy’s barrio friends have changed since her last visit. They’ve joined a gang called VC. They teach her to fight, to shank, to beat a person unconscious and play with guns. When things get too heavy, and lives are at stake, the three girls head for LA seeking a better life.

But trouble always follows Lucy. She befriends the wrong people, members of another gang, and every bad choice she makes drags the family into her dangerous world.

Told from three points of view, the story follows Lucy down the rabbit hole, along with her mother and sister as they sacrifice dreams and happiness, friendships and futures. Love is waiting for all of them in LA, but pursuing a life without Lucy could mean losing her forever.

Ultimately it’s their bond with each other that holds them together, in a true test of love, loss and survival. 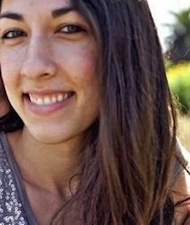 Jessica Therrien is the author of the young adult paranormal fiction series Children of the Gods. Book one in the series, Oppression, became a Barnes & Noble best-seller shortly after its release.

Aside from her Children of the Gods series, Jessica’s work can also be found in a published collection of flash fiction stories called Campaigner Challenges 2011. Out of over 350 submissions her story, The Soulless, won first place for people’s choice and fourth place in the judging round of Rachael Harrie’s Writing Campaign Challenge. Her story, Saved, is also available as part of the anthology.

Jessica spent most of her life in the small town of Chilcoot, California, high up in the Sierra Nevada Mountains. In this town of nearly 100 residents, with no street lights or grocery stores, there was little to do but find ways to be creative. Her mother, the local English teacher, inspired her to do all things artistic, and ultimately instilled in her a love for language.

Jessica currently lives in Irvine with her husband and two sons. She is working on an adult novel and a children’s picture book.

October 25th
–Reading With Wrin
–As Told By Tina

October 28th
–a small girl,her man and her books
–Inside The Mind of an Avid Reader
–Book Reviews by a Little Bookworm
–The Avid Reader