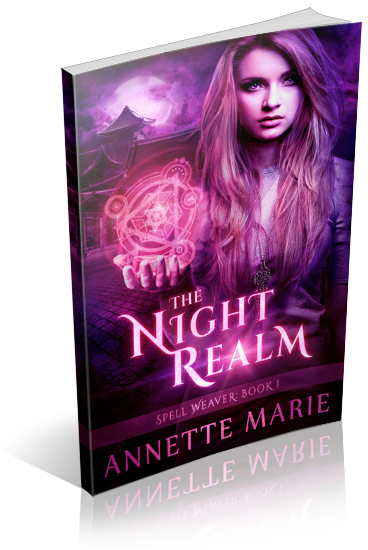 Clio would love nothing more than to go home. But as the illegitimate daughter of the nymph king, she’s stuck in the human world, exiled until she can earn a place in the royal family. Then her half-bother offers her a chance to prove herself. All she has to do is acquire some magic … by stealing it from the most dangerous spell weavers in the Underworld.

Lyre prefers to go unnoticed, which is a tricky objective for an incubus. He can’t hide his looks or his coveted spell weaving skills, but he’s learned to mask his true intentions. As an unwilling pawn of the tyrannical Hades family, he stays alive by keeping one step ahead of his masters.

Now he’s been assigned to watch over a visitor from the Overworld—one who’s definitely hiding something. And with her unholy talent for triggering chaos and catastrophe, his job just keeps getting more perilous. Clearly, she’ll never survive this world.

The thing is, he’s no longer sure he can survive it either.

I am organizing a release week blitz for The Night Realm by Annette Marie, an Adult Urban Fantasy novel. The blitz will run from October 23rd to October 27th, 2017, you can post on any day during this window. There will be excerpts available for your post, and every participant will be able to post the blitz-wide giveaway if you wish – giveaway prize(s) courtesy of author. Social media sites are welcome.

An email with the complete post info including promo items and giveaway details will be sent to all participants on October 19th.
HTML will also be provided.