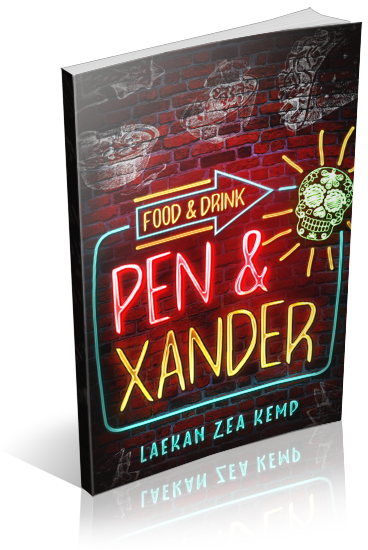 Pen Prado has a passion for cooking. Specifically, cooking her father’s food in her father’s restaurant. It’s the heart of their immigrant neighborhood, a place where everyone belongs, and second chances are always on the menu. Except for Pen. Despite the fact that there’s something almost magic about her food, her father can’t imagine anything worse than her following in his footsteps. And when Pen confesses to keeping a secret from her family, he fires her, ensuring she never will.

Xander Amaro is undocumented but that doesn’t stop Ignacio Prado from offering him a job at his restaurant. For Xander, it’s a chance to make amends and to sever his toxic relationship with the druglord, El Cantil–a man whose been like a father to him since his own disappeared. Soon after, his mother abandoned him too, leaving behind a void that not even his abuelo can fill. Until he meets Pen.

You can now request a review copy of Pen & Xander by Laekan Zea Kemp, an Upper YA Multicultural Contemporary Romance novel. Reviews should be posted by January 15th. Review copies are available in all ebook formats.