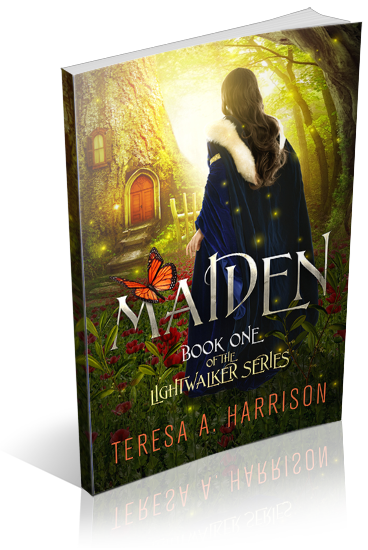 Marta and Jayme are childhood friends with different beliefs. Marta dreams of becoming a healer. Jayme has been schooled by the black-coats, a group of priests who claim women are inferior, and he fears Marta is jeopardizing her eternal future.

Despite a heated debate over Marta’s soul, Jayme betrays her to the priests. The consequences of this betrayal change Marta’s life forever and sends Jayme on his own journey.

After a brutal massacre, Marta awakens deep in the forest overcome with grief for her lost sisters, but the world will not let her rest. The tragedy has changed her. She hears the call of nature, eventually steering her toward a small cottage in the wilderness. There she learns of nature’s magic and what it means to be a LightWalker. The path is there for her to follow. If she’s strong enough to embrace it… 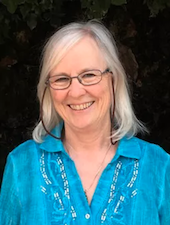 Teresa Harrison grew up in Decatur, Illinois, and graduated from Eureka College with a BA in Speech and Theatre. She has a son and daughter-in-law and now two beautiful grandchildren.

She met her husband, Glenn, while on a spiritual journey to Sedona, AZ. They realized they had something special, but they lived on opposite edges of North America. Two years later, she joined Glenn in Southern California.

Teresa has been studying spiritual topics for nearly 40 years and is a Reiki Master, a Breathwork Facilitator, an herbalist and teacher. She has studied Universal Laws, Reincarnation, aromatherapy, yoga, meditation and many other spiritual topics.

Teresa has been reading and telling stories her whole life, and now she has finally written one of them down.