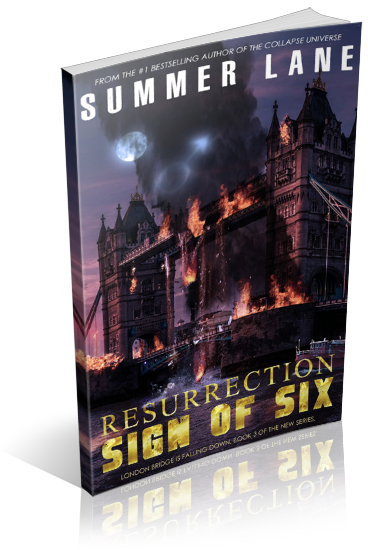 The third installment in the hit survival series!

There are many words used to describe Cassidy Hart:

Now, just one word echoes through her head: Infected.

Cassidy Hart has been infected with a nanovirus that turns her own body against itself. As civil war with the technologically advanced Eastern Coalition and President Ayad begins to escalate, the need for more advanced weaponry and reinforcements arise.

When the United Kingdom makes Cassidy and the Western Republic an offer they can’t refuse, they board a plane to London to forge an alliance with the first known surviving European country they have truly communicated with since Omega’s defeat. Unknowingly, leaving their home turf may be more dangerous than they think…

Uriah True and Chris Young – two men whom Cassidy cares deeply for – will be pitted against each other in the most unimaginable way.

While Omega may be gone, loyalty to the cause remains. Yet a new, more dangerous enemy arises. An enemy who promises to reshape the known world. Omega was nothing. He will be everything.

The end of the world was only the beginning. The worst is yet to come.

Even Cassidy Hart may not survive this time…or will she?

From Summer Lane, the #1 bestselling author of more than 20 hit books. Creator of the Collapse Series, Resurrection Series, Zero Trilogy, Bravo Saga, Running with Wolves, and many more!

I am organizing a release blitz for Resurrection: Sign of Six by Summer Lane, a New Adult Dystopian novel. The blitz will run from December 7th to December 9th, 2018, you can post on any day during this window. There will be excerpts available for your post, and every participant will be able to post the blitz-wide giveaway if you wish – giveaway prize(s) courtesy of author. Social media sites are welcome.