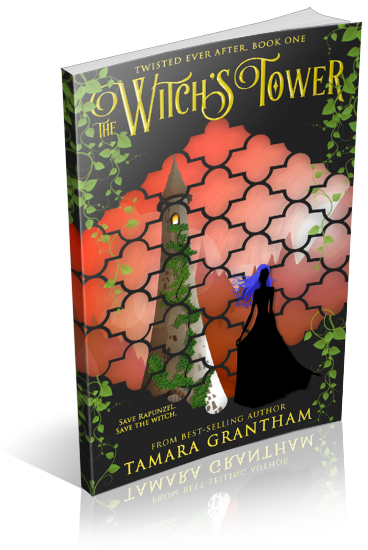 Gothel is a witch. Punished for the actions of her mother, her choice is simple: either she stands guard over Princess Rapunzel—or she dies. But just because a choice is easy doesn’t mean it’s pleasant. Protecting Rapunzel means watching as the princess lays trapped in a tower, bedridden by hair that is so long and heavy it’s slowly driving her insane. Gothel’s life has become one of imprisonment and solitude as well—until a prince and his handsome squire appear at the tower.

Only one object can cut Rapunzel’s hair and end the curse: a pair of magical shears. But the shears are guarded by the most terrifying witches in the land, who also happen to be Gothel’s aunts. As Gothel and the prince’s squire, Raj Talmund, work to form a plan, she finds herself more and more drawn to the mysterious young man from the Outerlands. Unfortunately, his destiny is far more dangerous than she wants to admit: to save a princess, he must kill the witch who’s been forced to guard her.

THE WITCH’S TOWER is the first in an inspired new series of fairy-tale retellings from award-winning fantasy author Tamara Grantham.

I am organizing a release week blitz for The Witch’s Tower by Tamara Grantham, a YA Fantasy novel coming from Clean Teen Publishing. The blitz will run from March 11th to March 17th, 2019, you can post on any day during this window. There will be excerpts available for your post, and every participant will be able to post the blitz-wide giveaway if you wish – giveaway prize(s) courtesy of publisher. Social media sites are welcome.