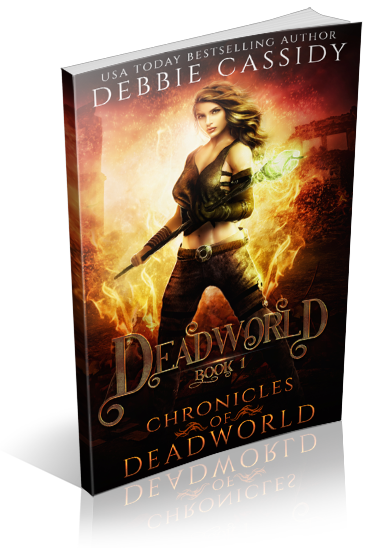 Being a Potential is an honor. It qualifies me for the mandatory Run, the chance to become a Guardian and wield one of the only weapons that can disable a Genesis scout. It also means I’ll have to leave the safety of my underground home and go topside, where the possibility of death goes up by eighty percent.

Badges of honor mean nothing if you’re dead.

I’d rather steer clear of any place where soul sucking AI roam. I’d rather stay safe in the Hive and hangout with my wolf-shifter co-worker. I’d rather work on the mechanical heart that keeps the Hive running and spend time with my enigmatic nephilim mentor. Heck, I’d rather be doing anything else. But I’ve made a promise to my best friend, a promise to get her to the finish line in time to win a spot as Guardian. How hard can it be, right? We have a plan. So why do I feel as if something is about to go seriously wrong?

You don’t have to read the previous series, but man, if you do the thrill ride will be unlike any other.

I am organizing a release week blitz for Deadworld by Debbie Cassidy, an Adult Post-Apocalyptic Urban Fantasy novel. The blitz will run from April 23rd to April 27th, 2019, you can post on any day during this window. There will be excerpts available for your post, and every participant will be able to post the blitz-wide giveaway if you wish – giveaway prize(s) courtesy of author. Social media sites are welcome.

An email with the complete post info including promo items and giveaway details will be sent to all participants on April 19th.
HTML will also be provided.