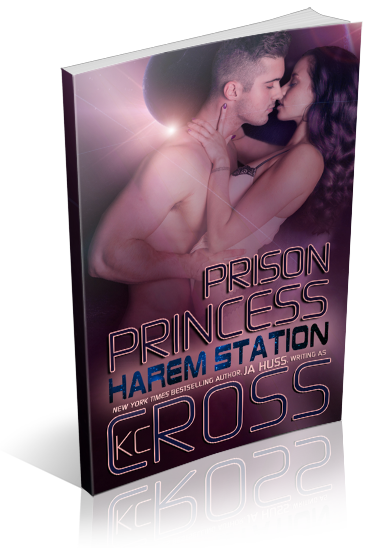 Valor joined up with Tray after Beauty’s sacrifice because he knew Luck was destined to be with Princess Nyleena. There was no room in that relationship for a third wheel. But when he teamed up with Tray he had no idea that he’d be the third wheel in that partnership too.

Tray has been keeping ALCOR’s secrets since the day he arrived on Harem Station. Not just one or two… ALL of them. But he’s also been keeping one of his own.

His secret is a girl. Not a Cygnian girl. An Akeelian girl. A beautiful, mysterious, scheming secret girl that Tray has been in love with ever since she first turned up in his Pleasure Prison virtual reality asking him for help.

Except she’s not virtual.

And before Valor came along all he wanted to do was break her out of her prison and keep her for himself.

But now… he might have to learn to share.
Prison Princess is the fifth book in the Harem Station sci-fi alien romance series.

I am organizing a release week blitz for Prison Princess: Sci-Fi Alien Romance by K.C. Cross/J.A. Huss, a Sci-Fi Alien Romance novel. The blitz will run from August 19th to August 23rd, 2019, you can post on any day during this window. There will be excerpts available for your post, and every participant will be able to post the blitz-wide giveaway if you wish – giveaway prize(s) courtesy of publisher. Social media sites are welcome.

An email with the complete post info including promo items and giveaway details will be sent to all participants on August 16th.
HTML will also be provided.