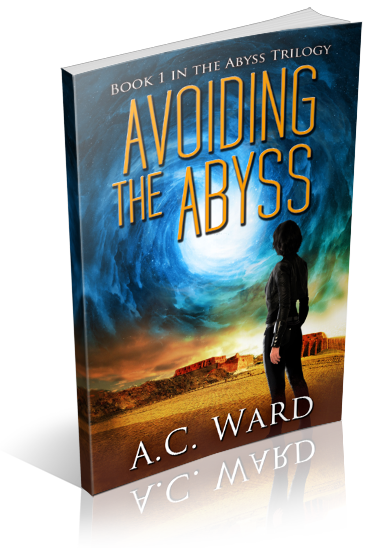 Aubrey has always been told she isn’t special.
If only that had remained true.

Aubrey grew up as part of the rebel movement, protected but lonely. All she wants is her mother’s love, but without an ability she’s worthless in her mother’s eyes.

When she’s captured by the government, Aubrey sees an opportunity to prove her worth. Instead, she realizes that her mother has been withholding many truths. Aubrey experiences an acceptance outside of the rebels that her heart has yearned for, and a discovery. She has an immunity that has never been seen before.

But Aubrey isn’t immune, she’s absorbing powers as the key to the Abyss—a portal into the demon realm. Her mother finally sees purpose in her daughter and hopes to use it for her cause. Aubrey isn’t as certain. If she doesn’t gain control of her ability, she’ll open the gateway to hell and destroy everyone she’s come to care about. Including herself.

The first installment in the Abyss trilogy, a coming of age YA dystopian fantasy. Perfect for fans of dystopian worlds, apocalyptic prophesies, and demon lore.

Download now to find out if Aubrey will succeed in Avoiding the Abyss.

Other books in the series: 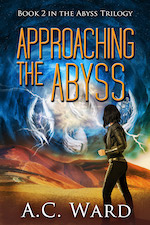 Demons on the loose.

Then the angels come to kill them all. 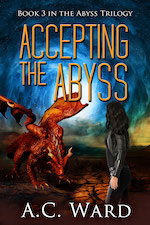 The angels and demons are defeated.

Then the Devil comes to destroy it all.

I am organizing a release blitz for the Abyss Trilogy by A.C. Ward, a YA Fantasy novel. The blitz will run from November 19th to November 22nd, 2019, you can post on any day during this window. There will be excerpts available for your post, and every participant will be able to post the blitz-wide giveaway if you wish – giveaway prize(s) courtesy of author. Social media sites are welcome.

An email with the complete post info including promo items and giveaway details will be sent to all participants on November 15th.
HTML will also be provided.

· Moments Like This (From Kona With Love) by Anna Gomez, Kristoffer Polaha
· The Devil Duet by C. Hallman, J.L. Beck
· Sips & Strokes by Sarah Skye
· Worn Out Places by R.H. McMahan
· Disavow by Bella Di Corte
· Jagged Line Paradise by Brynn Ford
· Brutal Winter by Quirah Casey
· Vicious Vipers MC Series by Lynn Burke
· Like a Boss by Anne Harper
· Hawk by Harley Wylde
· The Virgin and the Viscount by Robyn DeHart