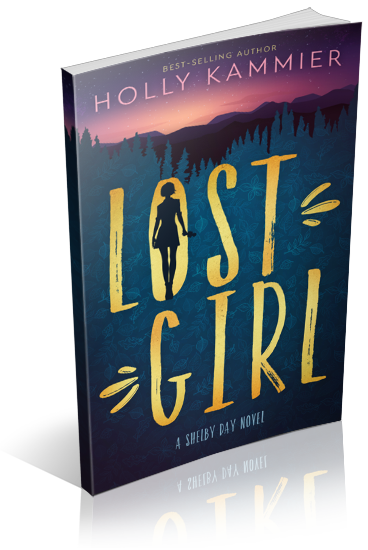 AN APPALLING ACT OF VIOLENCE AND AN UNSOLVED DOUBLE MURDER.

As her search draws closer to uncovering the twisted truth, she begins receiving ominous warnings to stay quiet and drop the story. The young journalist is in danger. Her cameraman and best friend, a person with his own secret past, says he wants to protect her. But Shelby is headstrong and dodging anything that could lead to love. She can’t allow anyone to distract her as she fights for the two women who deserve justice.

She never expects along the way she’ll have to stop and save herself.

“Lost Girl is a compulsive thrill-ride that reads as if it’s been pulled straight from the headlines. Kammier’s journalism background brings undeniable authenticity to a novel that has it all– a love story, a murder mystery, and a real-life introduction into the distinctive world of television news.”
-CAROLINE MITCHELL, New York Times best-selling author

This book is for anyone who loves:
Young Adult love stories
Murder Mystery
Redemption
Books with journalism elements
Intended for a mature YA audience

Fans of Veronica Mars, In The Woods, and One Of Us Is Lying, will love this novel.

Co-owner of Acorn Publishing, the UCLA honors graduate is an accomplished content editor/writing coach (her authors have gone on to become USA Today best-sellers and a New York Times best-seller). With a background in journalism, Holly Kammier has worked everywhere from CNN in Washington, D.C. and KCOP-TV in Los Angeles, to the NBC affiliate in small-town Medford, Oregon.She is the best-selling author of the novel, Kingston Court (Acorn Publishing 2015), and Could Have Been Hollywood, a memoir. Holly recently published her third book, Choosing Hope, a harrowing story of passion and deceit, and the things we do for love. Her next novel, the YA Romantic Suspense, Lost Girl, is scheduled for release in early 2020.Holly resides in her hometown of San Diego, California, close to family and friends. An avid reader with a passion for timeless books and beautiful writing, she also enjoys long walks, romantic movies, and pink peonies.