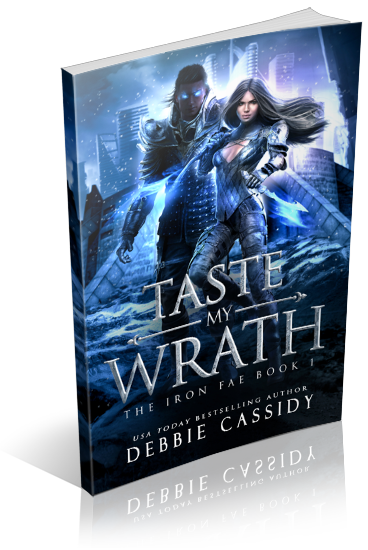 A dead earth, a handful of survivors, and a game that could wipe out humanity.

I was one of the few humans to be saved by the shining ones. Powerful beings who came from the stars just in time to stop the annihilation of mankind.

But they’ve been here before.

Earth was once their home and humanity has another name for them. Fae.

Now we live in iron cities paying for haven as workers and conscripted warriors.

We owe them after all.

Until they ask too much.

The Regency Tournament is about to begin. A test of prowess for the shining ones to determine which House will rule their people for the next century.

And we humans? We’re the prey.

But I didn’t survive earths almost destruction to be hunted like a beast.

If I’m going to go down, then I’ll be taking these pointy eared wankers with me.

And I have an advantage. A shadow companion—protective but tough. My mentor has trained me in the art of survival. With his smooth dulcet tones in my head, and his shadowy form at my back, I’ll no longer be prey.

And when I hunt the shining ones, they won’t even see me coming.

An Urban Fantasy Romance adventure. Experience the magic of the Fae set against a Post-Apocalyptic back drop in a dystopian world.

I am organizing a release week blitz for Taste My Wrath by Debbie Cassidy, an Adult Urban Fantasy novel. The blitz will run from June 18th to June 22nd, 2020, you can post on any day during this window. There will be excerpts available for your post, and every participant will be able to post the blitz-wide giveaway if you wish – giveaway prize(s) courtesy of author. Social media sites are welcome.

An email with the complete post info including promo items and giveaway details will be sent to all participants on June 15th.
HTML will also be provided.