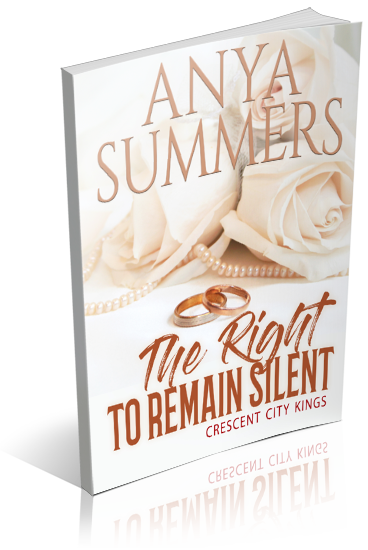 He never expects to find her there…

Officer Quinten Blackthorne is working undercover to bring the Rudnikov Mob Empire to its knees. He never expects to find his best friend’s baby sister, Becca, in the center of a powder keg situation at the infamous mobster’s home. With her life on the line, he does the only thing he can think of to save her – he pretends that she’s his fiancée, who knows nothing of his clandestine activities with the criminal enterprise, and stands as her stalwart protector.

But Quinten never expects the mob boss to force them into marriage at gunpoint as a test of loyalty. Not to mention, the idea of her belonging to him isn’t unappealing, nor is he as averse to the prospect as he lets on. Becca, with her sweet curves and take no prisoners attitude, fascinates him, stirs him, and leaves him craving her submission. Yet his past is fraught with broken dreams and death, so he uses his friendship with her brother as a shield against his yearning to claim her as his own.

However, circumstances soon compel Becca and Quinten to become the most unlikely allies in a deadly game of deception. Now they must depend on one another for survival. As they race to unlock the keys to breaking the case, will Quinten be able to maintain his hands-off policy with Becca? Or will he surrender to the earth-shattering passion and turn their marriage of convenience into the real deal?

Publisher’s Note: This steamy friends to lovers romance contains elements of power exchange. While it’s the third in the Crescent City Kings series, it can be enjoyed independently.

I am organizing a book blitz for The Right to Remain Silent by Anya Summers, an Adult Contemporary Romance novel. The blitz will run from June 1st to June 5th, 2020, you can post on any day during this window. There will be excerpts available for your post, and every participant will be able to post the blitz-wide giveaway if you wish – giveaway prize(s) courtesy of publisher. Social media sites are welcome. ARCs are also available for blitz participants.

An email with the complete post info including promo items and giveaway details will be sent to all participants on May 29th.
HTML will also be provided.