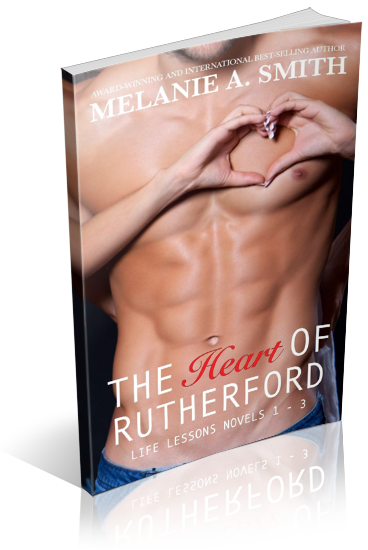 Some lessons are more fun when learned the hard way…

What’s the first rule of nurse’s club? Never date a doctor. Which Sasha Suvorin has no intention of doing, since she’s a nurse at Rutherford Hospital by day and working on her master’s degree by night. Who has time for dating, much less dating someone you work with? Bad idea much?

That is, until the sexy British Dr. Caleb Thompson starts at her hospital. It doesn’t help that he’s exactly her type with his dark hair, blue eyes, and rockin’ bod. Or that he’s not your typical arrogant and bossy surgeon. But Sasha isn’t easily convinced, and she soon discovers Dr. Hottie has a past that puts a stop to whatever she might have been feeling before anything starts between them.

Unfortunately, working together means facing temptation. Every. Single. Day. Is Sasha strong enough to resist what might be the perfect man? And if she gives in, will Cal’s past stay in the past? Sasha may be used to playing it safe, but life has a way of teaching its lessons … one way or another.

Even when you know better, sometimes it’s simply too tempting…

Hospital work isn’t for the faint of heart. Becca Dillon knows that, having worked as a medical assistant in the cardiac unit at Rutherford Hospital for longer than she cares to think about. What she does care to think about is having fun, gossip, and guys. Her favorite of the three. And why stick to one, when you can sample them all?

That’s exactly her plan when a workplace crush on a mysterious bad-boy orderly takes a steamy turn. But Vincent DeMarco is nothing like she expected, and before she knows it, she’s falling hard. She wants him in ways she’s never wanted anyone before, but there’s something he’s keeping from her. Something that’s holding him back. And Becca is going to find out what.

Even though she knows that bad boys don’t make good boyfriends, he seems like he might be so much more. Will her quest unlock the truth? Or will it end their relationship? Either way, Becca’s world is about to change.

Money can’t buy happiness, but neither can pride …

Julianna Magnusson is tired of working at her thankless job as a nurse practitioner for the cardiac unit at Rutherford Hospital. Tired of having no time for her own life. But most of all, she’s tired of pretending that she’s happy about it. So when her boss insists she attend the annual hospital charity gala, spending money on a dress to impress a bunch of stuck-up snobs doesn’t exactly sound like her idea of a good time.

Still, she makes an appearance. Only to meet a handsome stranger named Noah who stops her from drunkenly confronting the man who owns the hospital about all the issues at work. Then Noah does so much more, giving her a night of passion that she’ll never forget. Still, Jules has no intentions of taking it further. As timely as meeting him was, Noah is many things she’d never want in a man: Clearly elitist, arrogant, and bossy, he’s nothing more than a one-night stand.

Which was a great plan until he turns up at her hospital with a mind to shake things up in a way that could affect her career and her decision to write him off, igniting an epic battle between them as the chemistry that sparked the initial attraction transforms into a battle of wills. Their clash could jeopardize everything Jules has worked for — or, if she can look past her own pride, it might lead to everything she needs. In the fight between what we think we want and what life has in store for us, what wins?

I am organizing a release week blitz for The Heart of Rutherford: Life Lessons Novels 1 – 3 by Melanie A. Smith, an Adult Contemporary Romance series. The blitz will run from October 7th to October 9th, 2020, you can post on any day during this window. There will be excerpts available for your post, and every participant will be able to post the blitz-wide giveaway if you wish – giveaway prize(s) courtesy of author. Social media sites are welcome.

An email with the complete post info including promo items and giveaway details will be sent to all participants on October 2nd.
HTML will also be provided.