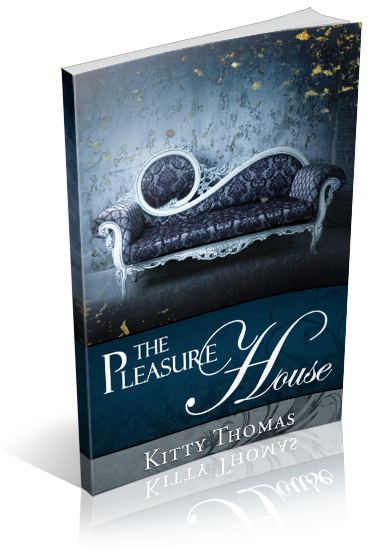 “Kitty Thomas is a one-click author for me!” -Anna Zaires, NYT Bestselling author of Twist Me

She was a bored housewife until she was taken and trained for the pleasure of the highest bidder.

Vivian Delaney leads a life of privilege, but behind closed doors she feels isolated and trapped in a gilded cage. Unable to achieve sexual pleasure with her husband, she finds herself in the capable hands of Anton, a massage therapist intent on awakening her to her full sexual potential. By any means necessary.

Mina Calloway always finds herself in the hands of the wrong master: Gentle at first, then brutally sadistic and abusive. She no longer believes it’s possible to find a man who will be gentle with her. After seeing a kink-friendly therapist for months, the doctor makes her an illicit offer she isn’t yet smart enough to refuse: “Let me find you a good master.”

Brian Sloan is a borderline sociopath with a dark and brutal past. Only taking his sadistic urges out on the women at a submissive training house allows him to sleep through the night. When Brian sees Mina, she should be ripe for the picking, but her damage is too similar to his own. Can he fight past his demons to protect the one person he considers worth saving?

Julie wants Gabe Griffin like fish want water, but what she wants is sweet domestic bliss and a white picket fence. What Gabe wants is to put a collar around Julie’s throat and train her in the finer points of being his slave.

At first too innocent, then too broken, can Julie ever surrender to the man intent on claiming her?

As a phone sex operator, Annette Waincott knows how to tease to get what she wants. That is, until she teases the wrong man at a club, claiming kinky fantasies she doesn’t really have. It must have been too much vodka and his tantalizing Russian accent. Too bad he believes her.

When the Russian accidentally kidnaps her twin sister as part of an ill-fated sex game, things quickly get real. In a desperate bid to free her twin, Annette offers herself to him in trade. He both terrifies and excites her, but she knows she can never trust him. The things he wants will push her to her limits and beyond. And this time, she can’t tell pretty lies and run away.

When Lindsay Smith brought her to the house, it was to train and sell her. They both knew it. She’d agreed to this arrangement. She wanted to belong to someone. But Lindsay wanted her to be his.

Three days into her stay at the pleasure house, Shannon Foster’s life is forever destroyed by a sociopathic monster. Lindsay saved her life that day, but the scars bind her to the house without a future.

Now, eight years later, Lindsay saves her once again, only this time he’s playing for keeps.

I am organizing a release blitz for The Pleasure House by Kitty Thomas, the complete dark romance series boxed set. The blitz will run from December 9th to December 13th, 2020, you can post on any day during this window. There will be excerpts available for your post, and every participant will be able to post the blitz-wide giveaway if you wish – giveaway prize(s) courtesy of author. Social media sites are welcome.