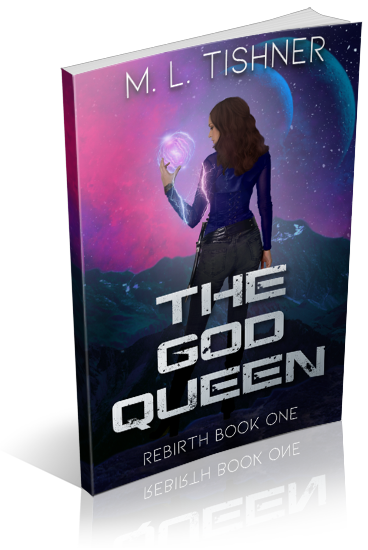 The God Queen returns. So, why is everyone squelching her power?

In a backwater Earth town, Rei Ettowa dreams of traveling across the stars to destroy Infiernen – the knight who murdered her brother.

When Rei discovers she is the reincarnation of the prophesied God Queen, she relishes her newfound ability to channel lightning for revenge. Unfortunately, blazing through a battlefield clashes with the Federation’s plan for Rei and the others like her. All the gods are to be trained as diplomatic figureheads to sway voters, not agents of war. Infiernen must remain untouched.

Unable to let go of her brother’s murder, Rei finds Infiernen. But instead of killing him, Rei discovers a secret the Federation has been keeping from her about her brother.

Now Rei is mad as hell. Her enemies must pay. But who are they? And what else is the Federation hiding from her? 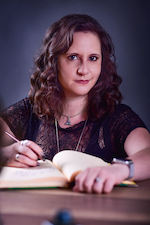 Mari, a native Hoosier, currently lives in southern Germany where she entertains people with her adventures as an American expat in the Land of Beer and Pretzels on her blog adventuresoflamari.com as well as the adventures of her pugs, Abner and Roxy. When she’s not writing, Mari cooks, snowboards, dances to the beat of her own drum, reads late into the night, and binge watches Netflix with her husband. The God Queen is her debut novel.

I’m organizing a blog tour for The God Queen by M.L. Tishner, a New Adult Sci-fi Fantasy novel. There are 15 spots on this tour which will run from May 31st to June 4th, 2021. Posts will consist of reviews, guest posts, interviews, and excerpts. There will also be a tour giveaway. Review copies will be available in ebook formats.

Note that signing up does not guarantee a spot on the tour.
Those selected for the tour will be emailed in late April with their tour date.
The tour schedule will also be posted on this page.