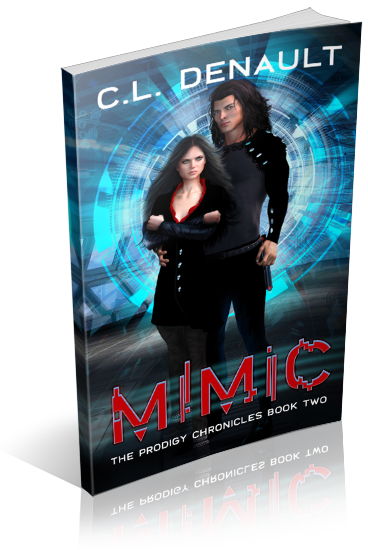 But those closest to her have their own secrets, and her status has made her an easy target for betrayal. Who will she turn to…when nothing is as it seems?

Mimic is the second book in The Prodigy Chronicles, a Hunger Games meets X-Men dystopian romance series about a young girl struggling to control her immense powers and find her place in a city filled with enemies.

I am organizing a book blitz for Mimic by C.L. Denault, a YA sci-fi dystopian romance novel. The blitz will run from June 21st to June 25th, 2021, you can post on any day during this window. There will be excerpts available for your post, and every participant will be able to post the blitz-wide giveaway if you wish – giveaway prize courtesy of author. Social media sites are welcome.

An email with the complete post info including promo items and giveaway details will be sent to all participants on June 18th.
HTML will also be provided.