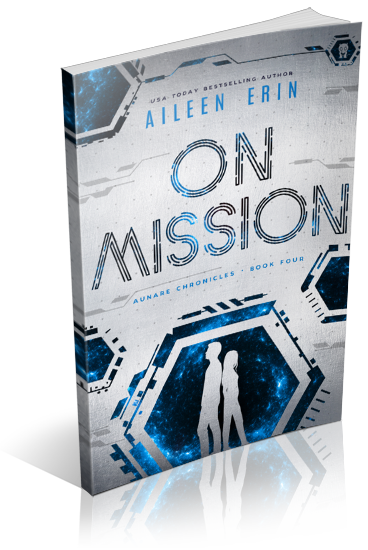 “Action adventure, space drama, political schemes, and just the right hit of romance has this series turning into an absolute must-read. Whether you think you’re a fan of sci-fi or not I’d urge you to give this series a try….” – Angela, Pooled Ink Reviews

Amihanna di Aetes has finally accepted her place in the Aunare world. In a matter of weeks, she’ll be their High Queen, but no matter how hard she tries, she finds that she’s always doing the wrong thing. At least that’s what the High Council keeps telling her…

There’s only so much rejection a girl can take, which means she’s spending her afternoons trying to get out of High Council meetings. And yet, every time she leaves the council room, she sees the disappointment on her father’s face, and worse, on Lorne’s face. It pains her, but she can’t say what they want her to say.

The council is refusing to see the truth. War isn’t just upon the Aunare – they’re about to lose.

Training her guards to invade Earth is a much better use of her days. She spent too much time hiding, obeying, forcing herself to do what she had to do to survive.

She’s used up all her pretending and can only be who she is. A fighter. A leader. A warrior.

When SpaceTech attacks the Aunare colonies, she’ll do what needs to be done –she’ll fight to defend the Aunare alone if she has to. Because Amihanna is a di Aetes. She’ll never give up. Not until SpaceTech is dismantled and Jason Murtagh is dead.

I am organizing a release week blitz for On Mission by Aileen Erin, a YA Dystopian Romance novel. The blitz will run from July 27th to July 31st, 2021, you can post on any day during this window. There will be excerpts available for your post, and every participant will be able to post the blitz-wide giveaway if you wish – giveaway prize(s) courtesy of author. Social media sites are welcome. ARCs are also available for blitz participants.

An email with the complete post info including promo items and giveaway details will be sent to all participants on July 23rd.
HTML will also be provided.