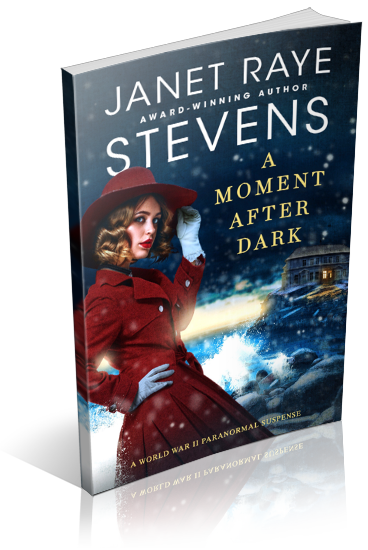 She sees the future with a touch. A powerful gift in a time of war.
The enemy wants her. The Allies need her.

Addie Brandt is cursed. When she touches someone, or an object that belongs to them, she sees their future, and it’s rarely good. Mocked and teased her whole life, Addie hides from the world in her family’s funeral home. But when her second sight shows her a horrific vision of an attack on the Pearl Harbor Naval base, the gruesome images are too intense to ignore, and she tries to raise the alarm. Will anyone listen?

Federal agent Jack Dunstan needs a miracle. He’s still reeling from the betrayal that nearly decimated his team of agents with paranormal powers, a vengeful Nazi spy with a terrifying ability of his own is out to destroy him, and he knows it’s only a matter of time before America is drawn into the war raging around the world. Hearing rumors of Addie’s vision, he seeks her out, hoping she could be the miracle he’s looking for.

Addie’s not sure she trusts Jack Dunstan. He’s rude, cocky, and insists on calling her curse of second sight a “gift.” But if she wants to save lives and prevent a terrible disaster, she must put aside her fears and doubts and learn to embrace her ability.

With the US on the brink of war and an enemy agent hunting her for her power, Addie must learn to trust Dunstan—and herself—to stop an attack that could change the course of history forever.

I’m organizing a release week blitz for A Moment After Dark by Janet Raye Stevens, a World War II Paranormal Suspense novel. The blitz will run from December 7th to December 11th, 2021, you can post on any day during this window. There will be excerpts available for your post, and every participant will be able to post the blitz-wide giveaway if you wish – giveaway prize(s) courtesy of author. Social media sites are welcome. ARCs are also available for blitz participants.

An email with the complete post info including promo items and giveaway details will be sent to all participants on December 3rd.
HTML will also be provided.