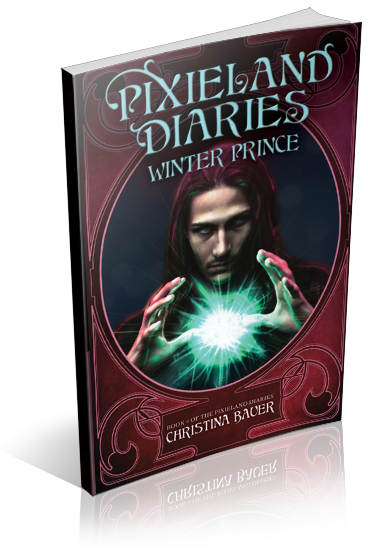 There’s good and bad news for our favorite pixie, Calla. First, the plus side. After lifetime of crushing, Calla’s finally dating the elf Prince, Dare. SUH-weet.

Second, the not-so-great stuff. Dare has a maniacal brother, Reiver, who’s supposedly dead. Only he’s not. Reiver is very much alive and causing mega-trouble in the frozen lands of Faerie.

Time for Calla and Dare to face the Winter Prince.

Stalk Christina On Social Media – She Loves It!

I’m organizing a blog tour for Winter Prince by Christina Bauer, a YA Paranormal Romance novel. There are 25 spots on this tour which will run from March 21st to April 1st, 2022. Posts will consist of reviews, guest posts, interviews, and excerpts. There will also be a tour giveaway. Review copies will be available in ebook formats.

Note that signing up does not guarantee a spot on the tour.
Those selected for the tour will be emailed in mid February with their tour date.
The tour schedule will also be posted on this page.