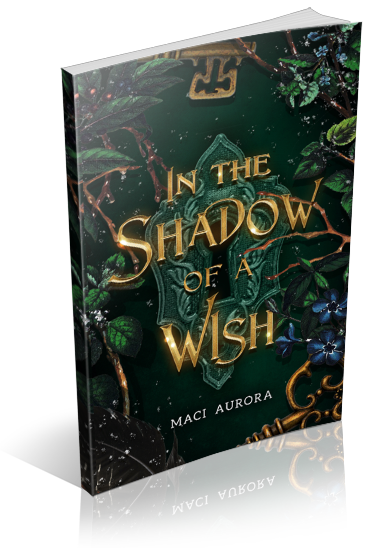 In the Kingdom of Kaloma, women are forced to marry by the age of 26. It’s the law.

In the remote village of Sevens, at the northernmost point of the kingdom, there lives an impoverished family with four daughters and a son. Without the means to make love matches, the daughters are trapped by their circumstances.

When one daughter discovers a golden key deep in the Whitling Woods, it may have the power to change everything…

Auri Fareview, practical and realistic, does what she can to serve her family. When she finds a golden key that could be the answer she needs to save her sisters from the unjust Kaloma Marriage Laws, she discovers the treasure might be more than she bargained for. Enchanted, it doesn’t just come with a price attached, it’s also home to an imprisoned god, who wreaks havoc on her body, her heart, and her soul. And those aren’t practical matters. He has the power to break her.

Nixus Uraiahs has lost track of how long he’s been imprisoned by the spell on the key. There have been six key-keepers, all of whom have failed to break the spell to free him, and Nix knows he’s the reason why they haven’t. So, he will hold this 7th key-keeper accountable to the bargain of the spell: three wishes and a price for each. There’s no hope in her freeing him, however. Nix knows she’ll be like all the key-keepers who came before her. Except Auri approaches her wishes differently than any of the others, and Nix begins to see her as more than just a key-keeper. She intrigues him, proving her strength, surprising him, and enchanting him. Though he’s entrapped by the enchantment placed on the key, Nix realizes his heart is at risk of being captured by the seventh key-keeper. That is a risk he can’t afford to take knowing his villainy is just a single wish away.

I’m organizing a release blitz for In the Shadow of a Wish by Maci Aurora, an Adult Steamy Romantic Fantasy novel. The blitz will run from April 26th to April 30th, 2022, you can post on any day during this window. There will be excerpts available for your post, and every participant will be able to post the blitz-wide giveaway if you wish – giveaway prize(s) courtesy of author. Social media sites are welcome. ARCs are also available for blitz participants.

An email with the complete post info including promo items and giveaway details will be sent to all participants on April 22nd.
HTML will also be provided.