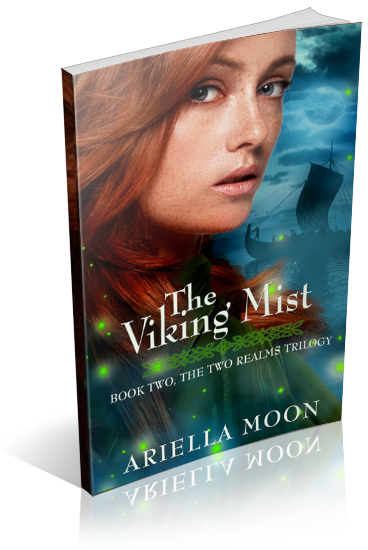 When a fairy kills a fairy, they forfeit immortality.

Never over three centuries, since the Last Fairy King was assassinated, has a noble fay been murdered in Fairy…until now.

The mysterious murder leads to an astounding discovery. Mab, Queen of Fairy, accuses Talfryn’s parents of stealing an elixir that restores immortality. She holds his fay father hostage, forcing the Halfling to enter the Viking realm to retrieve the potion.

Talfryn has five days to navigate the world of lethal Cold Iron, locate the human mother he has never known, and recover the elixir that could mask the murderer — a quest he cannot survive without aid from Fenella. Will the Thaness of Thorburn honor their alliance, knowing the venture would jeopardize her freedom and second chance at love?

In 16th century Scotland, Fenella believes Talfryn is dead. Her covert plan to regain her thanedom and safeguard her life hinges on marrying her kidnapper’s son…for love. With weeks until their wedding, she can ill afford to break Edward’s trust, or his heart…again.

Will love be lost…or found?

In this sequel to The Beltane Escape, shape-shifters and secrets abound, time bends, fates interweave, friendships fray, and no one is safe.

I’m organizing a release blitz for The Viking Mist by Ariella Moon, a YA Fantasy novel. The blitz will run from March 2nd to March 8th, 2022, you can post on any day during this window. There will be excerpts available for your post, and every participant will be able to post the blitz-wide giveaway if you wish – giveaway prize(s) courtesy of author. Social media sites are welcome. ARCs are also available for blitz participants.

An email with the complete post info including promo items and giveaway details will be sent to all participants on February 25th.
HTML will also be provided.