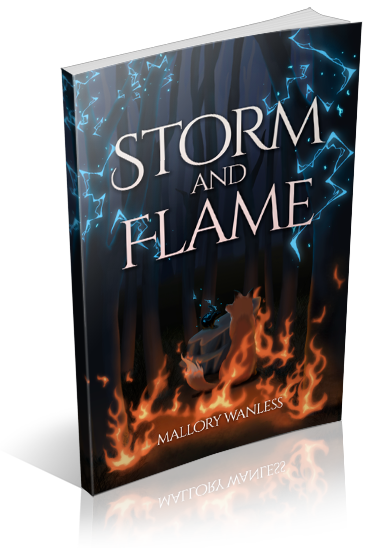 Elena has always been a disappointment. Her magic is practically non-existent and now, on her sixteenth birthday, she is expelled from magic school by the strict headmistress–also known as her mother. Cast out into the world of the magically inept with only her familiar for company, Elena feels lost and alone until she meets a strange boy in the woods.

Quinn is a thief, a hunter, and a hothead. His unexpected friendship with Elena awakens a fiery side in him–quite literally–and uncovers new and surprising magical abilities. Except men aren’t supposed to be capable of magic.

With Quinn’s help, Elena carves a safe new life as a barmaid, but when she is attacked, her powers awaken with shocking ferocity. Elena’s explosion of magic creates a power surge that attracts the attention of magical investigators, sent to uncover and contain the source of the power surge.

But the awakening of their powers kickstarts an ancient prophecy. Will they be able to escape those that hunt them? Can they fulfill the prophecy, destroy the turmio and save magic from being destroyed once and for all?

I’m organizing a pre-order blitz for Storm and Flame by Mallory Wanless, a YA Fantasy novel. The blitz will run from August 1st to August 5th, 2022, you can post on any day during this window. There will be excerpts available for your post, and every participant will be able to post the blitz-wide giveaway if you wish – giveaway prize(s) courtesy of author. Social media sites are welcome. ARCs are also available for blitz participants.