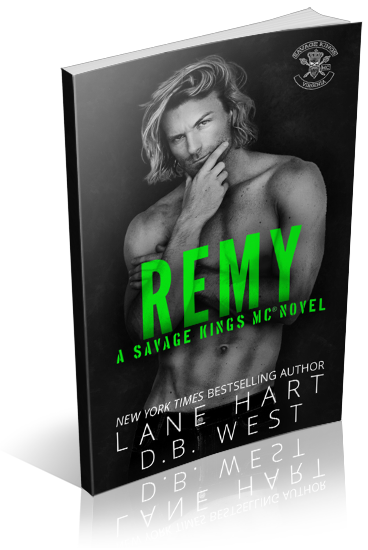 After two confidential informants are murdered by a drug lord the DEA has spent months trying to bust, agent Avery Carmichael is ordered to go undercover.

She’s going to need some help infiltrating the outlaw world, which is where the hottest, most infuriating man she’s ever met comes in.

Remy Fulton is the president of the newest Savage Kings MC chapter in Rockland, Virginia. When his younger brother RJ gets into legal trouble, he reluctantly agrees to help the prissy snob with her undercover operation to keep RJ out of prison.

Pretending to be the biker’s latest conquest may prove much more difficult than Avery anticipated. From the moment they meet, Remy argues with her over every little thing. He’s especially furious with her when he finds out she’ll be staying with him for weeks, sharing his home and his entire life.

Their friends and family can’t find out their relationship is fake because blowing their cover could inevitably put Avery’s life in danger.

It’s no secret that the two don’t initially trust or respect each other. But once they’re forced to improvise a few times under pressure, they become more comfortable playing the part of an infatuated couple.

The agent and biker ultimately get so good at being together that even they forget that they’re only supposed to be pretending as they attempt to set up the deal to take down a homicidal drug dealer.

Avery can’t seem to recall why she despised Remy in the first place since he’s proven to be a kind, caring man who would literally do anything to protect his family.

And while Remy didn’t want to spend a second with Avery at the beginning of the undercover operation, he suddenly doesn’t know how he’s ever going to let her go.

I’m organizing a release week blitz for Remy by Lane Hart and D.B. West, an Adult MC Romance/Romantic Suspense novel. The blitz will run from September 6th to September 10th, 2022, you can post on any day during this window. There will be excerpts available for your post, and every participant will be able to post the blitz-wide giveaway if you wish – giveaway prize(s) courtesy of author. Social media sites are welcome.

An email with the complete post info including promo items and giveaway details will be sent to all participants on September 2nd.
HTML will also be provided.