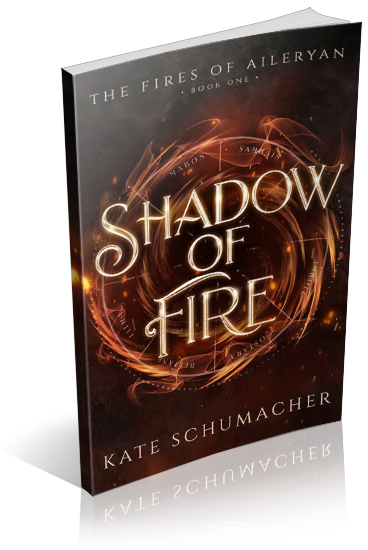 A potent power is about to be unleashed.
Forbidden and forged in flame.

Control over the elements is a gift from the Gods, but since the creation of the Rift, fire magic has been outlawed in Merawuld. The Rift is a source of mystery, fear, and, for some, a tempting source of power.

Ash is a fire caster who has spent years hiding her magic, but when her explosive powers reveal themselves she is imprisoned by the Mage Council. Ash’s powers are coveted by the High Mage, who seeks to use her as a pawn against not only his enemies, but his allies as well.

With the Bone Mother’s winter fast approaching, the fae Princess vows to fight against the corrupting influence of power, forming an alliance whose success rests on a human man’s desire for peace; a man who must decide if he will play the game he’s inherited or begin one of his own.

But in Aileryan, the Gods have their own plans. As the Mother of All turns the wheel of the year, the land is brought to the edge of war. Loyalty and courage will be sorely tested as paths intertwine and Fate plays her hand.

If Ash can’t learn to control her magic, the scheming of gods and mortals could spell doom for them all.

I’m organizing a book blitz for Shadow of Fire by Kate Schumacher, an Adult Fantasy Romance novel. The blitz will run from September 21st to September 25th, 2022, you can post on any day during this window. There will be excerpts available for your post, and every participant will be able to post the blitz-wide giveaway if you wish – giveaway prize(s) courtesy of author. Social media sites are welcome. ARCs are also available for blitz participants.

An email with the complete post info including promo items and giveaway details will be sent to all participants on September 19th.
HTML will also be provided.