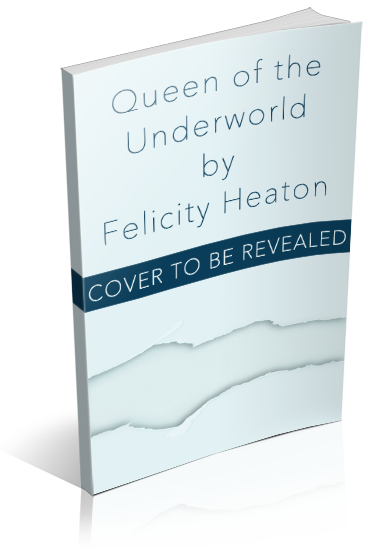 Hades, the wickedly dark god-king of the Underworld, needs a queen…

All Persephone has ever desired is control of her own life, and someone noticing her once in a while. Kept in her mother’s shadow, and overlooked by the entirety of Olympus, her dream seems impossible… and now she’s doomed to wed a dull god of her mother’s choosing…

Until she crosses paths with a handsome, dark warrior who rouses wildfire heat in her veins—a male whose immense power is unmistakable, and who matches the fearful tales whispered in Olympus—stories of a cruel, heartless king who rules his realm of death with an iron fist.

When Hades abducts her and imprisons her in the depths of the Underworld, a dormant part of her awakens. And as she slowly discovers the truth about him, Persephone isn’t sure whether the snarling, dark beast of a king is her doom… or her saviour… but she knows one thing…

She will embrace the fire he awakens in her with every heated glance, and every vicious growl.

And use it to tame him and forge her dreams into reality.

Because, Persephone, the quiet, gentle goddess of nature, desires a king.

And nothing will stop her from claiming his black heart.

Queen of the Underworld is a forced proximity, enemies-to-lovers paranormal romance novel retelling the Greek myth of Hades and Persephone, and a prequel in my Guardians of Hades series. In the vein of an adult beauty and the beast, it features a grumpy-sunshine pairing that will steal your heart, with a secretly cinnamon roll hero and a secretly fiery heroine, and a powerful forever kind of love. All Guardians of Hades books have no cliffhangers, a guaranteed happily ever after, and some strong language.

I’m organizing a release blitz for Queen of the Underworld by Felicity Heaton, an Adult Paranormal Romance novel. The blitz will run from February 1st to February 5th, 2023, you can post on any day during this window. There will be excerpts available for your post, and every participant will be able to post the blitz-wide giveaway if you wish – giveaway prize(s) courtesy of author. Social media sites are welcome.

An email with the complete post info including promo items and giveaway details will be sent to all participants on January 27th.
HTML will also be provided.