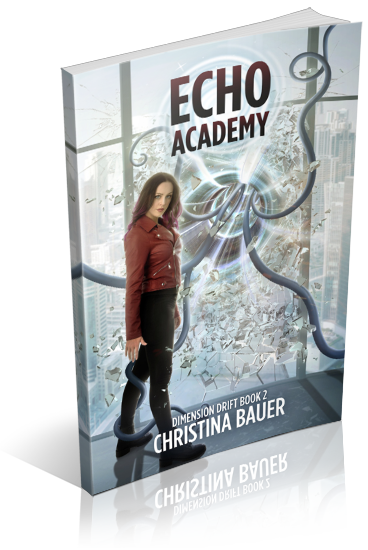 “Christina Bauer has a gift with sucking you into a story and not letting go until the final sentence is over. This was one of those stories.” – The Book Herald

Our heroine Meimi Archer has been assigned to attend ECHO Academy. There, the evil Headmaster believes that Meimi will help the government conquer other dimensions.

But Meimi and her friends have some very different ideas. They’re starting a revolution.

That is, if the Headmaster doesn’t find out and murder them first.

“If you like books set in a dystopian futuristic society then you are going to LOVE Alien Minds.” – The Avid Reader

May 12th
–Journey in Bookland
–Bookworm for Kids
–Book-Keeping