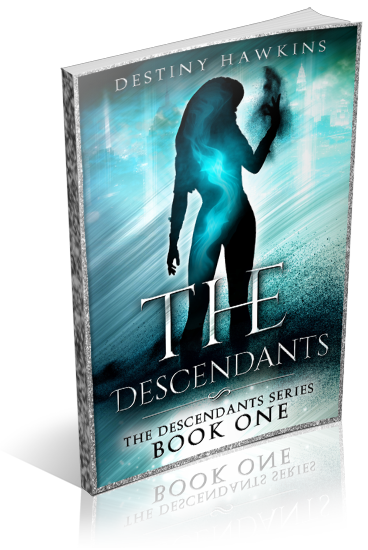 Fail the tests and become a slave. Display defectiveness and be put to death.

Monroe Academy was built to separate the weak from the strong. Pass the biyearly leveling and be released into society upon graduation. Fail to be promoted and be stripped of rank and forced into servitude. That was a rule that applied to all but Rayah Bardeau. A student of Monroe Academy, branded as a Null because of her absence of Lighter energy.

With her mother standing as a slave in her place, Rayah was given until the age of twenty to make level six, but at nineteen-years-old and with only eight months until her twentieth birthday, she was only a mere level one. The same level she’s been since she was ten. With the stress of her upcoming test, the loss of a friend, and the constant wrongdoings towards her, Rayah could only dream of escaping from Lytonia, and escape she did. Only, when she awakened in her dorm, she couldn’t distinguish if she had only dreamt of meeting Soren, a wild and adventurous defect in the Wild Lands, or if she had somehow used her Lighter Form to get there.

But only the elite ― the most powerful of Lighters ― could tap into their Lighter Forms. Right? And what was the dark energy she used when she and Soren were attacked by Depleters? Was Rayah really as powerless as she thought? Was she a defect? And if she used dark energy, could she call herself a Lighter at all?

Bestselling author Destiny Hawkins brings you the first installment of a gripping dark fantasy where a powerless girl must survive in a society that doesn’t accept the weak…or the defective.

I’m organizing a book blitz for The Descendants by Destiny Hawkins, an Adult Dark Dystopian Fantasy novel. The blitz will run from September 10th to September 12th, 2021, you can post on any day during this window. There will be excerpts available for your post, and every participant will be able to post the blitz-wide giveaway if you wish – giveaway prize(s) courtesy of author. Social media sites are welcome.

An email with the complete post info including promo items and giveaway details will be sent to all participants on September 7th.
HTML will also be provided.